Hospitals need to be transparent, especially with costs


America spends a lot of money on the paperwork that makes hospitals run— $218 billion per year, to be exact. That works out to 1.43 percent of the entire American economy is spent on hospitals’ administrative costs. Of every $100 spent in America, that means $1.43 is going toward the billing specialists and schedulers that make hospitals here work.

Hospital administration has grown as a percent of the economy over the past decade, from 0.9 percent in 2000 to 1.43 percent in 2012, a new paper in the journal Health Affairs shows.

To put this in a bit of context: America spends twice as much on hospital administration as it does on the entire food budget. For what we pay for hospital paperwork, we could pay for all professional American sports three times over (they had a budget of $61 billion this year, according to PriceWaterhouseCooper).

This makes the United States different from most other countries. In 11 countries that this Health Affairs article looked at, hospitals usually put about 12 percent of their budget toward administrative activities. But in the United States, hospitals spend a full quarter of their funds on filing the necessary paperwork to make sure that surgeries happen and patients get scheduled.

This reflects something particular about the American health care system — namely, it’s a complex mess. Most other countries have some central agency that sets a national price for every procedure, from a heart transplant to an MRI. But that’s not how the United States works. Here, we have thousands of health insurance companies that each negotiate their own prices. For a hospital contracting with a dozen health plans — each charging a different price for an MRI, and anything else — that necessitates a whole bunch of paperwork.

There are, of course, trade-offs with a system like this. If the government sets the price too low — pays less, for example, for an MRI than hospitals would accept — that could restrict access to needed medicine. In that case, patients have little mode of recourse; they can’t switch to another plan, because there’s only one game in town.

You can learn more about how that system works, and its trade-offs, in the video below. Then read about Vermont’s plan to sharply reduce administrative costs by switching to a single-payer plan (and the massive obstacles the state faces) here.

How much money do we spend on health care? 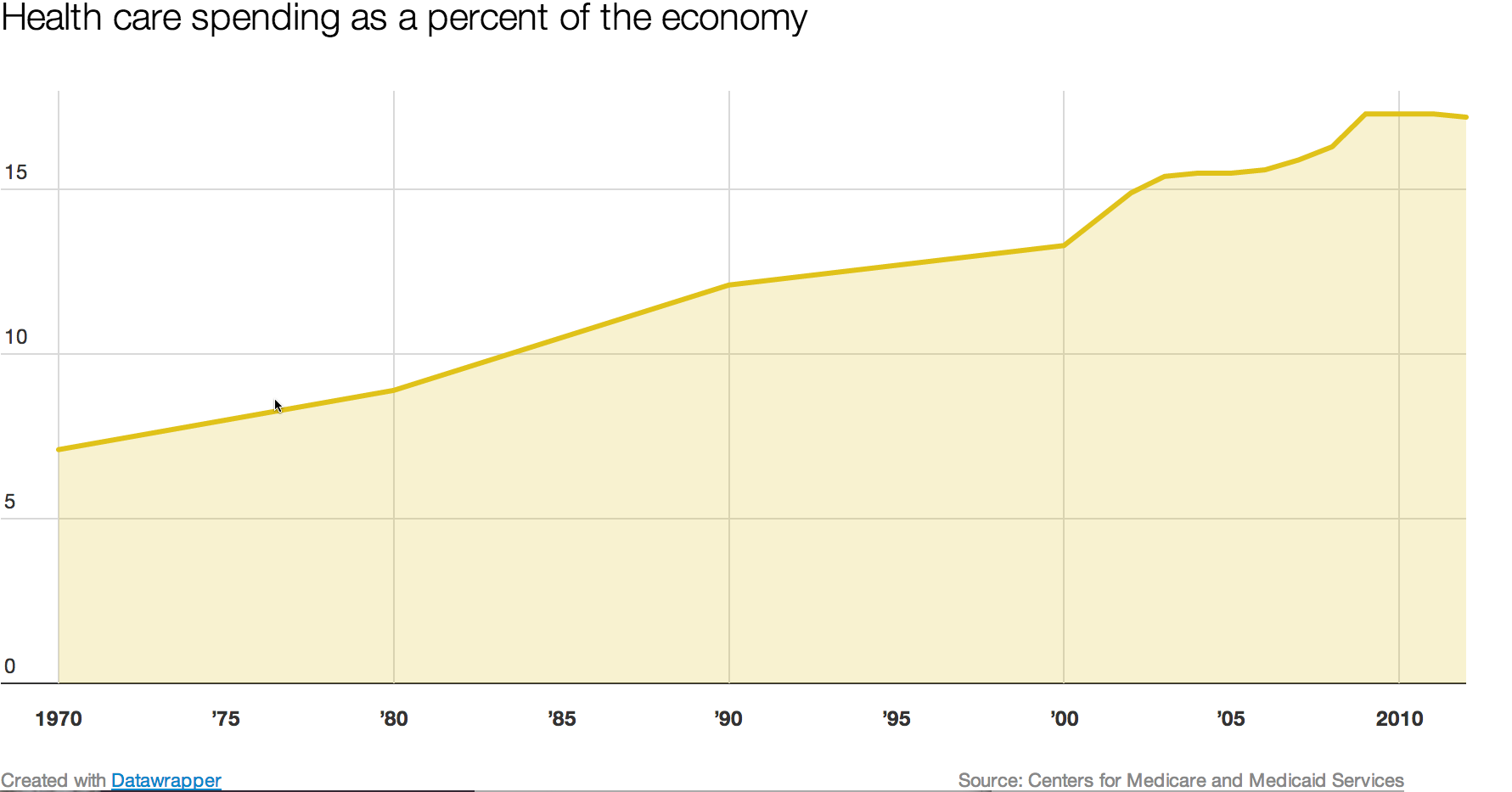 To think about it a slightly different way: more than one in every six dollars in the United States is spent on health care. That’s a lot of dollars.

http://youtu.be/DiHpwQNncgA Over the past few weeks, you've been sending us stories about your experiences in Minnesota hospitals.  We've heard them, and we think others should, too.  By sharing your patient experience with us, you can help us promote a safe nurse-to-patient ratio at all Minnesota hospitals.
Read More
Sign the Petition
Tell Your Patient Story
Learn What Safe Staffing Means
Get The New Patient Orientation